Erramatti Mangayamma, a 74-year-old woman from India, has set a world record by becoming the oldest mother in the world, after giving birth to two twins. Erramatti and her 80-year-old husband Rajarao have been trying to have kids with no luck for many decades, but now it has finally happened.

The pair have been married back in 1962, but were never able to conceive children naturally. Luckily, technology has moved in a direction to make it possible. 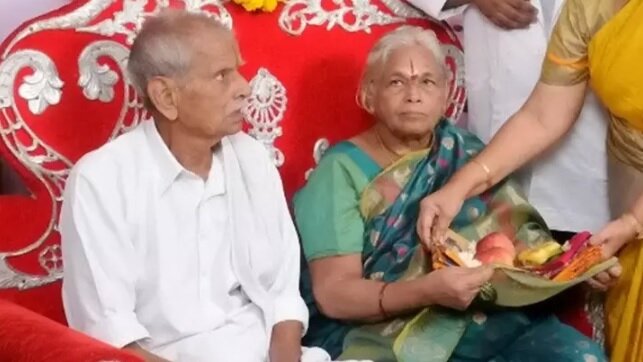 The couple was able to receive a successful IVF treatment at Ahalya Hospital last year.

They were shocked to learn that they would not just be having one child, but two. Considering the age of mother, a cesarean operation was chosen for the delivery.

Doctor Umasankar, who was involved with the proceedure, said that her body was too old to release eggs, so they were able to source eggs from a donor. The sperm was then donated by per husband.

The doctor said that the procedure was a huge success and the babies were conceived in the first cycle. The procedure was smooth and there were no health complications, and the children both weighed roughly 2kg.

One small problem is that the mother will not be able to breast feed the babies, but the doctors will be using milk from a milk bank.

Erramatti is now finally known as the oldest mother in the world, surpassing the previous older mother Dalinjer Kaur.

At first, Kaur believed that she was 70 when she gave birth in 2016, but it was later discovered by the National Fertility and Test Tube Baby Centre that she was actually 72 years old. In many of these cases, it is difficult to tell exactly how old these people are because proper records were not available until the past two or so generations in most countries.

Related Topics:Featured
Up Next

Mark Horowitz is a graduate of Brandeis University with a degree in political science. Horowitz could have had a job at one of the top media organizations in the United States, but when working as an intern, he found that the journalists in the newsroom were confined by the anxieties and sensibilities of their bosses. Horowitz loved journalism, but wanted more freedom to pursue more complex topics than you would find on the evening news. Around the same time, he began to notice that there was a growing number of independent journalists developing followings online by sharing their in-depth analysis of advanced or off-beat topics. It wasn't long before Horowitz quit his internship with a large New York network to begin publishing his own material online.